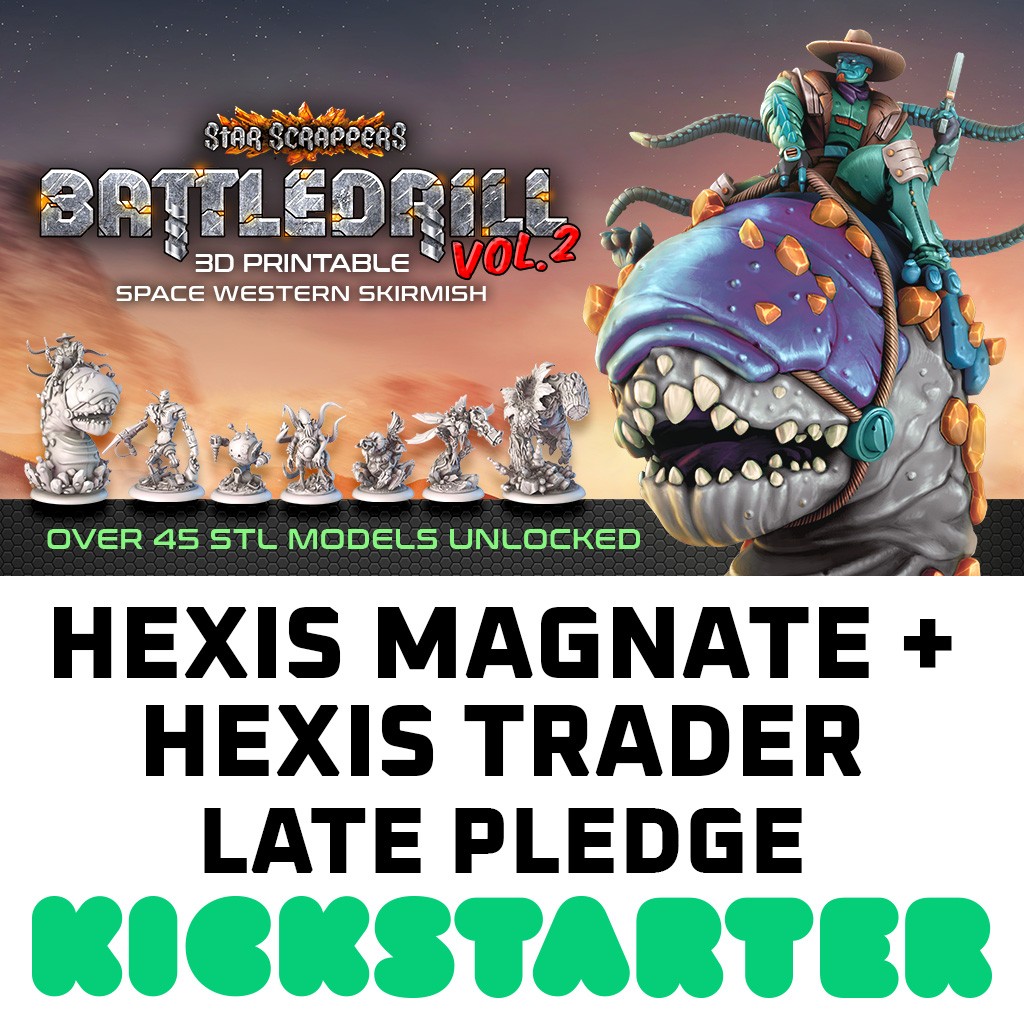 By buying this product you can collect up to 27 points . Your cart will total 27 points that can be converted into a voucher of $5.40 .

The reward includes 3D STL and PDF files for all models from the Battledrill game. If you want to sell 3D prints and haven't pledged for our previous campaign, it is a pledge for you. NOTE: Only digital content - no physical items.

You will receive a license allowing you to sell 3D prints of STLs from Vol.2 Pack and Core Set.
Terms and Conditions of commercial use include:
- You cannot sell or distribute the STL files in any way
- No mass production (resin cast / injection molding)
- Hexy Studio must be credited as an author as well as a game of Battledrill as the source origin
- No modifications of the files beside scaling, mirroring and slicing for the purpose of 3D printing

We are presenting you Battledrill vol. 2 - a completely new set of 3D models with unique rules, both playable as a standalone skirmish miniature game and compatible with the content from the first campaign (also available on this KS if you missed it earlier). 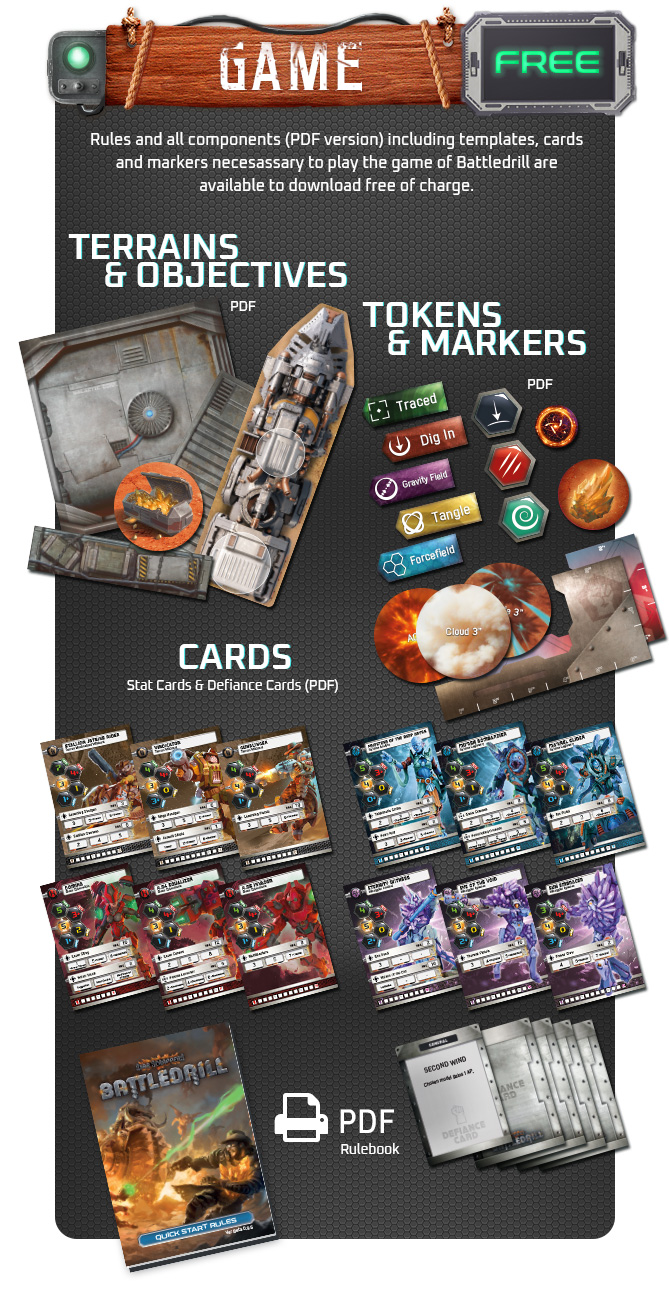 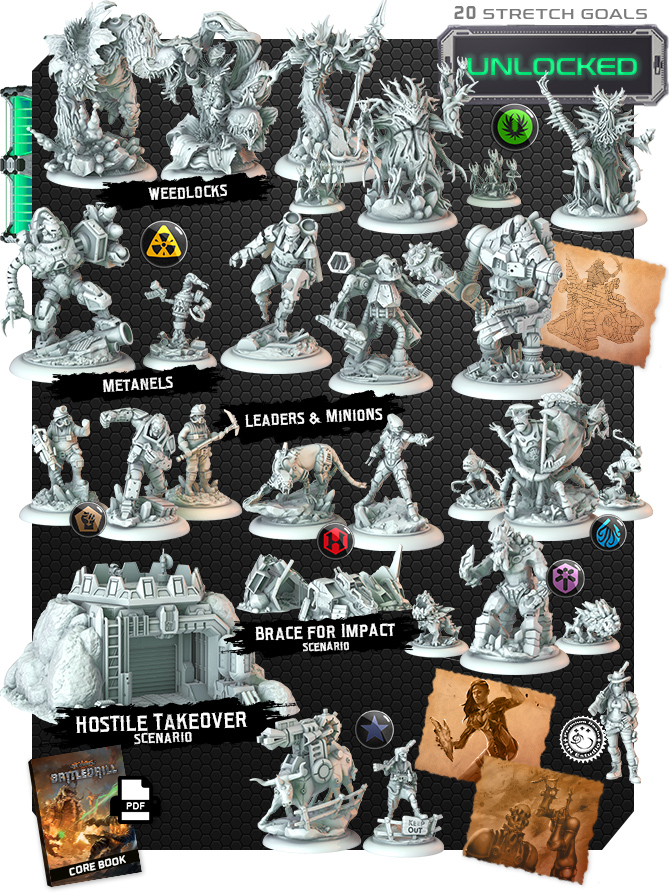 Vol.2 Pack files will be delivered to you through our content-sharing platform Hexy Digital, approximately 14 days after receiving the funds from Kickstarter post-campaign. Stretch Goal content will be available in June 2022.